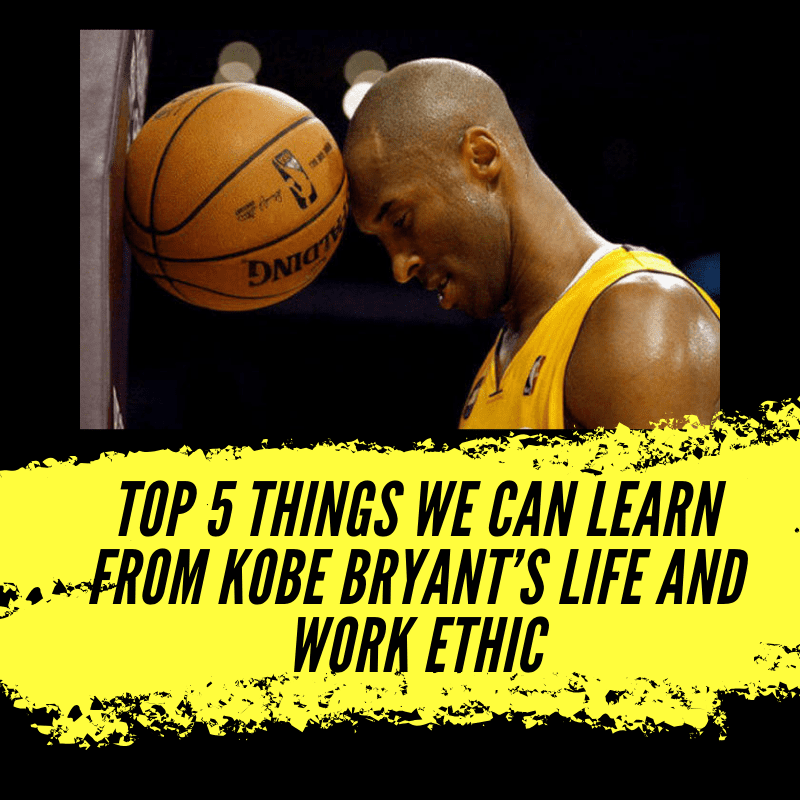 Kobe Bryant was a Los Angeles Laker for life. In his 20-year professional basketball career, he led his Lakers to five NBA championships, was an 18-time All-Star, league Most Valuable Player in 2008, two-time NBA scoring champion, finished his career as the league’s third-leading scorer, but the night before perishing in a tragic helicopter crash, dropped to fourth as LeBron James surpassed Bryant. Bryant also won two gold medals with Team USA at the Summer Olympic Games in Beijing 2008 and London 2012. Outside of professional playing career, but thanks to the game, he took home an Oscar in 2018 for his short film, “Thank You, Basketball.”

In return, we say, thank you, Kobe Bryant. He was synonymous with hard work, thus the birth of his nickname, Black Mamba, which he gave to himself. But it was more than a nickname – it was an alter-ego. In his auto-documentary “Muse”, which can be viewed in Netflix, Bryant made known that the creation of The Black Mamba was a way to deal with the struggles he was going through off the court in 2003 and 2004. “I went from a person who was at the top of his game, had everything coming, to a year later, having absolutely no idea where life is going or if you are even going to be a part of life as we all know it,” Bryant said in the documentary.

Every time he was on the court, either as #8 for the first part of his career or #24 for the remainder, fans knew they could expect a superstar level performance, and a move that would be practiced on courts, driveways, and gyms throughout the world for years to follow. Was it his attention to detail? Was it his smooth fade-away jumper, the way he could split between two or three defenders, the hesitation before he drives to the net, the reverse dunks? How about the countless buzzer-beaters, the way he would wave his fist in front of him after nailing a clutch shot, the alley-oops, the way he would bite the top of his jersey before taking his opponents ankles, or the no-look passes? What about the 60-point game on the Dallas Mavericks who represented the West Coast in the NBA Finals that year, the 81-point game on the Toronto Raptors, the way he would guard any player – it didn’t matter if they were bigger than him, or quicker than him – Kobe didn’t back down from any challenge. He was in the gym at all hours of the day – when he broke his dominant right hand, he was still in the gym in his cast and pajamas, practicing free-throws with his left. When he tore his Achilles, he sunk two free throws then proceeded to walk off the court using his own strength and will. That self-drive, the inner motivation to succeed set Bryant apart from anyone else who came before him, and will come after him. That is why he was a phenomenon, that is what made him a role model. But beyond the baseline, he was also a dad and a husband.

Bryant passed away at 41 with his 13-year-old daughter, second of four, Gianna, her two teammates, their parents, coach and the pilot of his helicopter Sunday morning. They were all on their way to Mamba Basketball Camp, where they were all in attendance the day before.  Kobe would coach and Gianna would play, fulfilling his fatherly duties.

Bryant took the helicopter to avoid Los Angeles traffic, and to spend more time with his family. In an interview from 2015 that resurfaced on social media following his death, he said he didn’t want to miss out on being a dad, despite having to be in LA his entire career, sometimes, traffic would have him miss a dance recital or a family dinner.

He was one of the most polarizing, talented, and inspirational figures in the history of sports – and the reason why many of us fell in love with basketball. Through this global heartbreak, legends live forever. Here are five lessons we can take with us from Bryant’s lifestyle and work ethic.

“There’s a choice that we have to make as people, as individuals. If you want to be great at something there is a choice you have to make. We can all be masters at our craft, but you have to make a choice. What I mean by that is, there are inherent sacrifices that come along with that — family time, hanging out with your friends, being a great friend. being a great son, nephew, whatever the case may be. There are sacrifices that come along with that.” – Kobe Bryant

“When we are saying this cannot be accomplished, this cannot be done, then we are short-changing ourselves. My brain, it cannot process failure. It will not process failure. Because if I have to sit there and face myself and tell myself ‘you are a failure,’ I think that is almost worse than dying.” – Kobe Bryant – “Dedication sees dreams come true.”

“The most important thing is to try and inspire people so that they can be great at whatever they want to do.” – Kobe Bryant

“I’ll do whatever it takes to win games, whether it’s sitting on a bench waving a towel, handing a cup of water to a teammate, or hitting the game-winning shot.” – Kobe Bryant.

Besides being one of the fiercest competitors that the game has ever seen, Kobe was way more than basketball for so many – through his drive, his passion, his mindset, intelligence, ability to adapt and learn, his advocacy for women’s sports and his investing.

He may be gone, but his legacy lives on forever.

Posted on February 12, 2020 in Personal Development